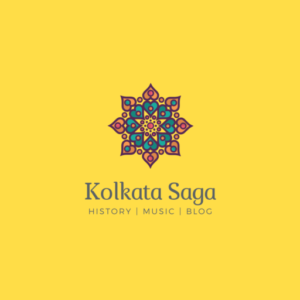 In the usual Bengali household, always there has been a tradition of listening to Indian Classical Music for ages. During the cassette era, we have seen people listening to  Pt Jnanebdra Prasad Goswami or Gyan Gnosai,  Pt Tarapada Chakrabarty, Ustad Vishmadeb Chattopadhya, and many more following the footsteps of their previous generation, and then their next generations started following, rather fell in love with the majestic singing styles of Ustad Bade Ghulam Ali Khan Sahib and unanimously with the voice and tranquil gayeki of Ustad Amir Khan sahib.  We later saw people falling for Pt Bhimsen Joshi, and even listening to cassettes of  Pt Jasraj. All maestros, with their enchanting performances, lived through those cassettes in almost every music-loving Bengali household. During this journey I once chanced upon a cassette, I listened to it and then kept on listening to it, because, it was such a kind of voice and such unique gayeki that caught my attention even at such young age of mine. That cassette consisted Raag Nand and was rendered by Pt Mallikarjun Mansoor.

Many many years later when I was taking an interview with Dr. Amlan Dasgupta, to my surprise I came to know that mallikarjunji’s unique gayeki could not leave a strong impact on the audience of this geographical area in his lifespan. According to Dr. Dasgupta, people in Kolkata started falling for Jaipur Atrauli style much later with the singing of Pt Ulhas Kashalkar. Obviously, there was a fan following of that style, but that club grew much stronger and popular from that time.

I was introduced to Pt Ulhas Kashalkarji’s singing through one of his cassettes, it immediately felt like a pandora’s box which time traveled from older times of India and landed in this time, it was so pure. That cassette consisted Khayalnuma followed by a tarana on Raag Malkanush and on the other side two drut khayal, based on Raag Basant Bahar and Raag Desh respectively. That bandish on Raag Desh “Ghana gagana ghana ghumanada” will sustain in me forever.

On the auspicious birth anniversary of Pt Ulhas Kashalkar I would like to recall three of Panditji’s unforgettable performances that took place in the city of joy and left an impression on thousands of ardent listeners.

There are many such musical sagas in Kolkata, lies in the hearts of innumerable music acolytes in Kolkata, in India and in the entire world of music. Share your three most favorite concerts of Pt Ulahas Kashalkar in the comments and create your saga.